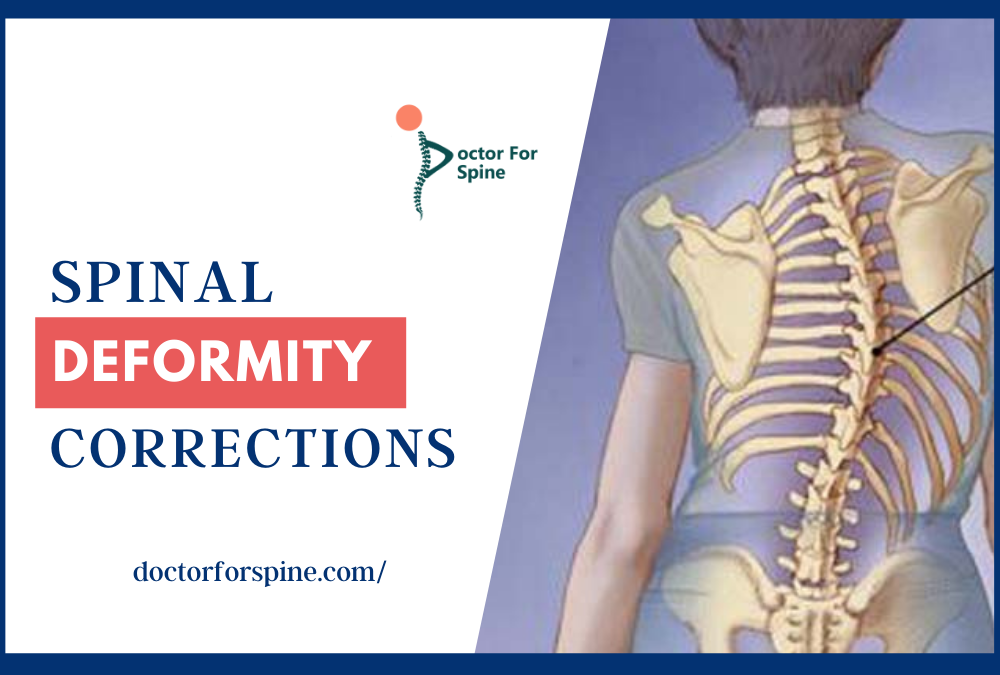 Compared to the standard shape of the structure, a deformity is just a departure from the standard shape. It is possible to develop a spinal deformity if the spine is bent or twisted in an unnatural manner. Knowledge of the normal anatomy of the spine is an excellent beginning point for developing an improved knowledge of how to treat spinal disorders. If you have any spine problems, you can connect with Dr.Suresh Cheekatla, a spine surgeon based in Hyderabad. If you are looking for spine surgery treatment in Hyderabad, the best scoliosis surgery treatment is done by Dr. Suresh Cheekatla. He specialises in spinal deformity corrections.

The usual spinal column has modest bends on the side and is straight on the front when seen from this perspective. A spinal deformity may induce bending or rotation in one or both directions, depending on the severity of the problem. Adults and children alike are susceptible to deformity.

An upper spine that curves naturally between 20 and 40 degrees is said to have kyphosis. The sagittal imbalance may be caused by a larger degree of curvature. Hyperkyphosis (a large degree of kyphosis), chin-on-chest syndrome, flatback syndrome, and ankylosing spondylitis contribute to sagittal imbalance. The significant sagittal imbalance may cause stooping, exhaustion, discomfort, and a lack of ability to meet the gaze of others. Compression of the heart, lungs or other organs is also a possibility.

It’s known as scoliosis if the curvature is 10 degrees or greater. These include idiopathic, degenerative, neuromuscular imbalances, and congenital and tumorous spine abnormalities. The term “C-shaped curve” refers to a curve that only curves in one direction. An “S” shaped curve is a curve that curves in both directions simultaneously. Scoliosis may be painful in certain cases but not in others. Even the heart and lungs may be affected by severe scoliosis.

When is it necessary to do Deformity Correction and Stabilisation?

Severe curvature that impairs organ function causes discomfort and shows indicators of progression is evaluated for surgical correction. The patient’s age also influences a surgeon’s treatment approach. A surgeon would anticipate a more rapid evolution of curves in a young patient with significant remaining growth than in an adult with completed skeletal growth.

In general, surgical correction is contemplated for kyphosis of more than 70 degrees and more than 45 degrees scoliosis. Curves of this size may impair organ function and are likely to proceed further if left uncorrected postoperatively. Surgical correction and stabilisation have the following objectives:

Correction of deformity and re-stabilization of vertebrae in a new corrected position is part of every operation. Implants such as screws, rods, plates, and cages are often used to support the spine in its new position while it heals. Fixation is the term used to describe this procedure. Additionally, bone grafts (transplants of bone) may assist the bones infusing or growing together permanently. Fusion is a term for this. Fixation offers temporary support, while long-term strength and stability are provided by excellent bone fusion.

If you are looking for spinal deformity corrections, I strongly recommend Dr.Suresh Cheetkala.